Total booking fees comprise charges for IT services, credit card charges and/or other administrative fees allocated by the event organiser

You really have to see Black Motion to appreciate the uniqness and talent of this act.

Live percussionists and electronic DJs, Black Motion perform live Friday 24th April at London's E1 Nightclub for Kosmology Events. Over the last 10 years South Africa has become widely considered as a new mecca for house music, particularly deep and afro house; the sound itself permeates into nearly every commercial radio station and club scene throughout the country. Within South Africa itself, Pretoria (Tshwane), the home township of Black Motion, is considered the Capital of House Music.

Bongani Mohasana (DJ Murda) and Thabo Mabogwame (Smol) had been making music for the local mixtape industry for years before they united under the same moniker, but it was their collaborations that granted them international fame and domination of the African electronic scene in 2010. The duo’s 2010 hit Banane Makovo (“Clap Your Hands”) granted them international recognition leading to 4 full studio albums, in which one, “Fortune Teller” (2014), has reached gold status. The 2018 Pray for Rain track was played all over Ibiza and the world. Expect melodic, percussion driven electronic music and excellent showmanship as Black Motion take us through the world Afro-House.

FNX OMAR from Morocco alone embodies the multidisciplinary artists from the Africa house wave. Rocked the Hip-Hop sounds since his earliest youth, He starts fiddling break beats sounds for the needs of their show, to create original compositions mixing in sounds,His musical training is nourished since its inception, a universal eclecticism. He succeeded through his creation of mixing genres and dare impressive mergers: Afro House, Deep House, Tecno...
His professional career led him to innovate in the mix of genres and combining his Arab-Berber origins through impressive compositions that have managed to position itself among the international Charts. 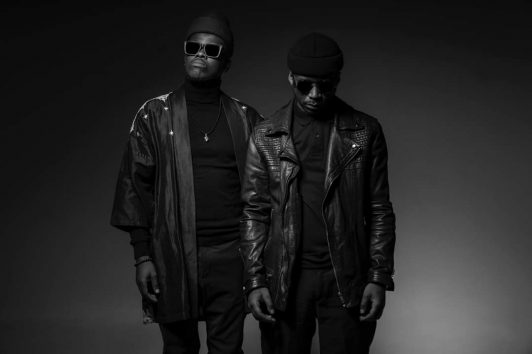